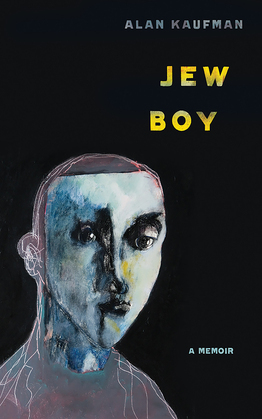 Jew Boy is Alan Kaufman's riveting memoir of being raised by a Jewish mother who survived the Holocaust. This pioneering masterpiece, the very first memoir of its kind by a member of the Second Generation is Kaufman's coming-of-age account, by turns hilarious and terrifying, written with irreverent humor and poetic introspection.

Throughout the course of his memoir, Kaufman touches on the pain, guilt, and confusion that shape the lives and characters of American-born children of Holocaust survivors. Kaufman struggles to comprehend what it means to be Jewish as he deals with the demons haunting his mother and attempts to escape his wretched home life by devoting himself to high school football. He eventually hitchhikes across the country, coming face-to-face with the phantoms he fled. Taking us from the streets of the Bronx to the highways of America, the kibbutzim and Israeli army to personal rebirth in San Francisco, and finally to a final reckoning in Germany, Jew Boy shines with the universal humanity of a brilliant writer embracing the gift of life. Kaufman's fierce passion will leave no reader untouched.