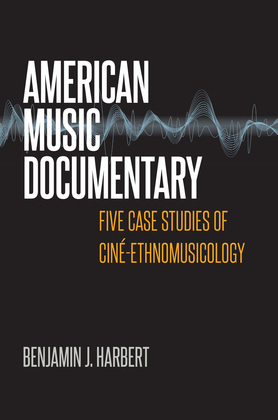 Documentary filmmakers have been making films about music for a half-century. American Music Documentary looks at five key films to begin to imagine how we might produce, edit, and watch films from an ethnomusicological point of view. Reconsidering Albert and David Maysles's Gimme Shelter, Jill Godmilow's Antonia: A Portrait of the Woman, Shirley Clarke's Ornette: Made in America, D.A. Pennebaker's and Chris Hegedus's Depeche Mode: 101, and Jem Cohen's and Fugazi's Instrument, Harbert lays the foundations for the study and practice of "ciné-ethnomusicology." Interviews with directors and rich analysis from the disciplinary perspectives of film studies and ethnomusicology make this book a critical companion to some of the most celebrated music documentaries of the twentieth century.