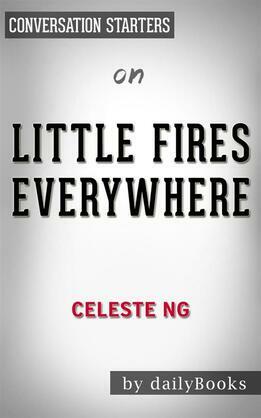 Little Fires Everywhere is the latest novel from bestelling author, Celeste Ng. Set in Shaker Heights, Ohio, Little Fires Everywhere tells the story of Elena Richardson, a woman who thrives on structure and rules, and her family. When Mia Warren, an artist who has been living a nomadic lifestyle as a single mother with her daughter, Pearl, arrives in town, it threatens everything that Mrs. Richardson has known. Slowly, Mia becomes the enemy of Mrs. Richardson. Meanwhile, in another part of town, close friends of the Richardsons have adopted a Chinese-American baby, which results in a custody battle. When a fire breaks out in the Richardson home, the town is buzzing with  their ideas on who the suspect is.

Little Fires Everywhere became a bestseller for The New York Times instantly after its release in September 2017. Author Paula Hawkins has called the novel tender and wise, while author John Green stated that it was his favorite novel of 2017.