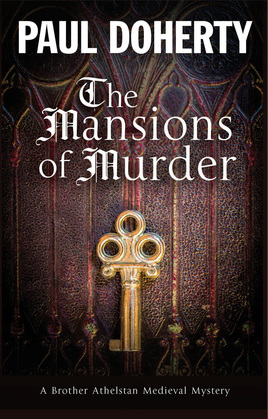 Mansions of Murder, The

A Medieval mystery
The Sorrowful Mysteries of Brother Athelstan #18
by Paul Doherty (Author)
Buy for $16.99 Excerpt
Fiction Mystery & detective Historical
warning_amber
One or more licenses for this book have been acquired by your organisation details

October, 1381. Brother Athelstan is summoned to the church of St Benet’s in Queenhithe to investigate the murder of a priest. Parson Reynaud has been found stabbed to death inside his own locked church. Other disturbing discoveries include an empty coffin and a ransacked money chest. Who would commit murder inside a holy church? Who would spirit away a corpse the night before the funeral – and who would be brave enough to steal treasure belonging to the most feared gangleader in London?

Meanwhile, the death of one of Athelstan’s parishioners reveals a shocking secret. Could there be a connection to the murdered priest of St Benet’s?

Athelstan’s investigations will lure him into the dark and dangerous world of the gangmaster known as The Flesher, whose influence has a frighteningly long reach ...