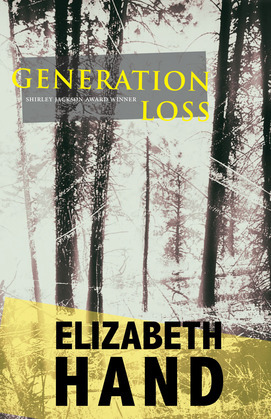 "Startling, unclassifiable. . . Full of mysteries — all originating in its characters’ troubled psyches — and full of terrors that can’t be explained."—New York Times

“Inhabits a world between reason and insanity—it’s a delightful waking dream.”—People

“One of the most sheerly impressive, not to mention overwhelmingly beautiful books I have read in a long time.”—Peter Straub

Cass Neary made her name in the 1970s as a photographer embedded in the burgeoning punk movement in New York City. Her pictures of the musicians and hangers on, the infamous, the damned, and the dead, got her into art galleries and a book deal. But thirty years later she is adrift, on her way down, and almost out. Then an old acquaintance sends her on a mercy gig to interview a famously reclusive photographer who lives on an island in Maine. When she arrives Downeast, Cass stumbles across a decades-old mystery that is still claiming victims, and into one final shot at redemption.

Elizabeth Hand grew up in New York State. In 1975 she moved to Washington, DC, to study playwriting at Catholic University. After seeing Patti Smith perform, Hand flunked out and became involved in the DC and New York City nascent punk scenes. From 1979 to 1986 she worked at the Smithsonian National Air and Space Museum; she returned to university to study cultural anthropology, and received her BA in 1985. The author of seven previous novels and the recipient of a Maine Arts Commission and an NEA Fellowship, she is a regular contributor to The Washington Post Book World. Hand lives with her family on the Maine coast.