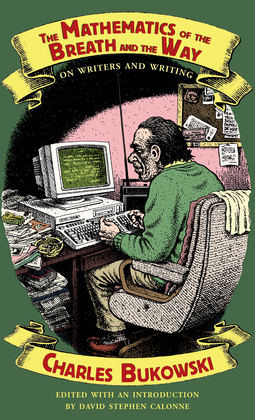 The Mathematics of the Breath and the Way

In The Mathematics of the Breath and the Way, Charles Bukowski considers the art of writing, and the art of living as a writer. Bringing together a variety of previously uncollected stories, columns, reviews, introductions, and interviews, this book finds him approaching the dynamics of his chosen profession with cynical aplomb, deflating pretensions and tearing down idols armed with only a typewriter and a bottle of beer. Beginning with the title piece?a serious manifesto disguised as off-handed remarks en route to the racetrack?The Mathematics of the Breath and the Way runs through numerous tales following the author?s adventures at poetry readings, parties, film sets, and bars, and also features an unprecedented gathering of Bukowski?s singular literary criticism. From classic authors like Hemingway to underground legends like d.a. levy to his own stable of obscure favorites, Bukowski uses each occasion to expound on the larger issues around literary production. The book closes with a handful of interviews in which he discusses his writing practices and his influences, making this a perfect guide to the man behind the myth and the disciplined artist behind the boozing brawler.

Born in Andernach, Germany, and raised in Los Angeles, Charles Bukowski (1920?1994) is the author of over forty-five books of poetry and prose.