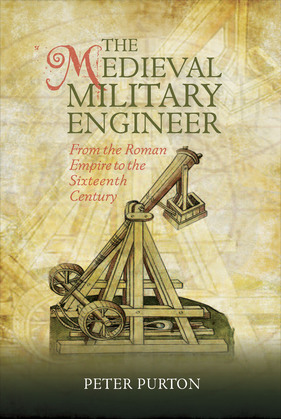 From the Roman Empire to the Sixteenth Century
by Peter Purton (Author)
Buy for $24.95 Excerpt
Nonfiction History Medieval Ancient Rome
warning_amber
One or more licenses for this book have been acquired by your organisation details

The results of medieval engineering still surround us - cathedrals, castles, stone bridges, irrigation systems. However, the siege artillery, siege towers, temporary bridges, earthwork emplacements and underground mines used for war have left little trace behind them; and there is even less of the engineers themselves: the people behind the military engineering achievements. The evidence for this neglected group is studied here.
The author begins byconsidering the evolution of military technology across centuries, and the impact of new technologies in the context of the economic and social developments which made them possible. He looks at how military engineers obtained their skills, and the possible link with scholastic scientific awareness. With the increased survival of government records from the middle ages, engineers acquire names and individuals can be identified. And the fifteenth century -the age of polymaths such as Leonardo da Vinci - saw a new type of literate military engineer, part of a recognized profession, but with its roots in a thousand years of historical development.