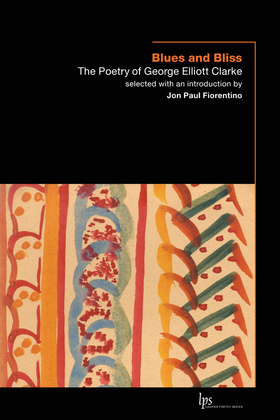 Blues singer, preacher, cultural critic, exile, Africadian, high modernist, spoken word artist, Canadian poet?these are but some of the voices of George Elliott Clarke. In a selection of Clarke?s best work from his early poetry to his most recent, Blues and Bliss: The Poetry of George Elliott Clarke offers readers an impressive cross-section of those voices. Jon Paul Fiorentino?s introduction focuses on this polyphony, his influences?Derek Walcott, Amiri Baraka, and the canon of literary English from Shakespeare to Yeats?and his ?voice throwing,? and shows how the intersections here produce a ?troubling? of language. He sketches Clarke?s primary interest in the negotiation of cultural space through adherence to and revision of tradition and on the finding of a vernacular that begins in exile, especially exile in relation to African-Canadian communities.

In the afterword, Clarke, in an interesting re-spin of Fiorentino?s introduction, writes with patented gusto about how his experiences have contributed to multiple sounds and forms in his work. Decrying any grandiose notions of theory, he presents himself as primarily a songwriter.