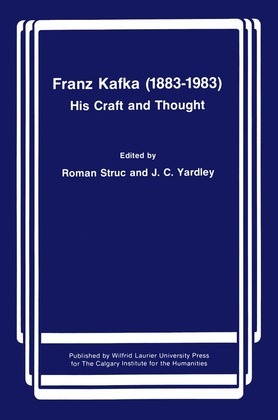 The eight papers in this volume were originally presented at the centennial conference on Franz Kafka held at the University of Calgary in October 1983. As diverse in approach and methodology as these papers are ?the general drift of the volume is away from Germanistik towards ?state-of-the-art? methods.?

The opening articles by Charles Bernheimer and James Rolleston both deal with the similarities and contrasts between Kafka and Flaubert, with Bernheimer focusing on the ?I? and the dilemma of narration in Kafka?s early story, ?Wedding Preparation in the Country,? and Rolleston on the time-dimensions in the Kafka?s work that link him to the Romantics. Other articles in the volume deal with the complex interrelationships between author and narrator, and implied author and implied reader; with Kafka?s place in the European fable tradition and in classic and Romantic religious traditions; with Kafka?s diaries; and with his female protagonists.