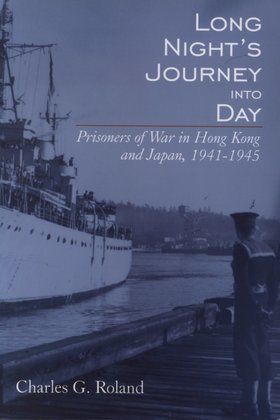 Sickness, starvation, brutality, and forced labour plagued the existence of tens of thousands of Allied POWs in World War II. More than a quarter of these POWs died in captivity.

Long Night?s Journey into Day centres on the lives of Canadian, British, Indian, and Hong Kong POWs captured at Hong Kong in December 1941 and incarcerated in camps in Hong Kong and the Japanese Home Islands. Experiences of American POWs in the Philippines, and British and Australians POWs in Singapore, are interwoven throughout the book.

Starvation and diseases such as diphtheria, beriberi, dysentery, and tuberculosis afflicted all these unfortunate men, affecting their lives not only in the camps during the war but after they returned home. Yet despite the dispiriting circumstances of their captivity, these men found ways to improve their existence, keeping up their morale with such events as musical concerts and entertainments created entirely within the various camps.

Based largely on hundreds of interviews with former POWs, as well as material culled from archives around the world, Professor Roland details the extremes the prisoners endured ? from having to eat fattened maggots in order to live to choosing starvation by trading away their skimpy rations for cigarettes.

No previous book has shown the essential relationship between almost universal ill health and POW life and death, or provides such a complete and unbiased account of POW life in the Far East in the 1940s.