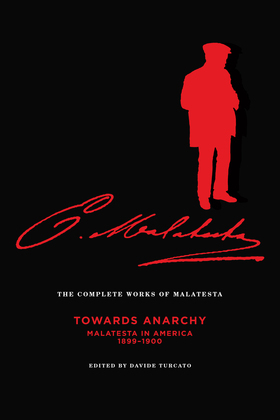 After escaping from forced residency on an island off the coast of Italy, Malatesta made his way to London and eventually Paterson, New Jersey, in 1899. Here, among thousands of weavers in the burgeoning silk industry, Malatesta contributed to the anarchist press and was caught up in intrigue with fellow Italian anarchists—resulting in a bullet to the leg on September 3, 1899. From the columns of Questione Sociale, he addressed the themes of organization, the anarchist program, freedom as a method, the problem of love, bourgeois influences of anarchism, and much more. Incorporating Malatesta’s articles on the American situation, unpublished interviews, and reports on French and Spanish conferences—such as those held in Cuba in March 1900—this volume demonstrates the transnational dimension of Malatesta's activity, the breadth of his views and experiences, and his prominent role in labor and anarchist movements on both sides of the Atlantic. Includes an introduction by the late historian Nunzio Pernicone.