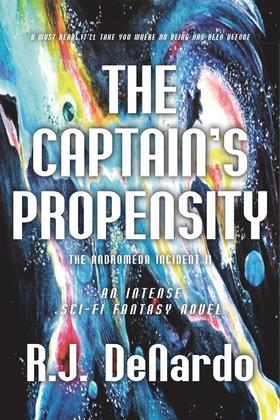 The sci-fi fantasy novel The Captain's Propensity tells the story of the sometimes buffoonish, former United League of Planets Captain Robert Michael Calyx and his adventures - and misadventures - in the 40th century. This once venerable but now decommissioned captain is presumably just along for the ride aboard the Starship Americus III, a newly upgraded, powerful, and swift tachyon-driven starship that's capable of traveling 1,000 times the speed of light. The ship is on its maiden voyage to the planetary system of Rigel, a star located in the constellation Orion. The trip will take the starship 860 light years from the United League of Planets' huge Star-Station, Earth II, which orbits high above the extremely polluted and dying planet Earth. Find out what's in store for the captain, the extraterrestrial beings he meets, and more importantly, for planet Earth in this witty tale of adventure.