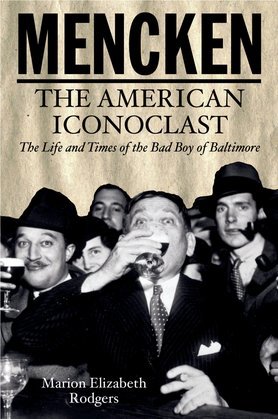 A towering figure on the American cultural landscape, H.L. Mencken stands out as one of our most influential stylists and fearless iconoclasts--the twentieth century's greatest newspaper journalist, a famous wit, and a constant figure of controversy.Marion Elizabeth Rodgers has written the definitive biography of Mencken, the finest book ever published about this giant of American letters. Rodgers illuminates both the public and the private man, covering the many love affairs, his happy marriage at the age of 50 to Sara Haardt, and his complicated but stimulating friendship with the famed theater critic George Jean Nathan. Rodgers vividly recreates Mencken's era: the glittering tapestry of turn-of-the-century America, the roaring twenties, depressed thirties, and the home front during World War II. But the heart of the book is Mencken. When few dared to shatter complacencies, Mencken fought for civil liberties and free speech, playing a prominent role in the Scope's Monkey Trial, battling against press censorship, and exposing pious frauds and empty uplift. The champion of our tongue in The American Language, Mencken also played a pivotal role in defining American letters through The Smart Set and The American Mercury, magazines that introduced such writers as James Joyce, F. Scott Fitzgerald, and Langston Hughes.Drawing on research in more than sixty archives including private collections in the United States and in Germany, previously unseen, on exclusive interviews with Mencken's friends, and on his love letters and FBI files, here is the full portrait of one of America's most colorful and influential men."This biography, the best ever on the sage of Baltimore, is exhaustive but never exhausting, and offers readers more than moderate intelligence and an awfully good time."--Martin Nolan, Boston Globe