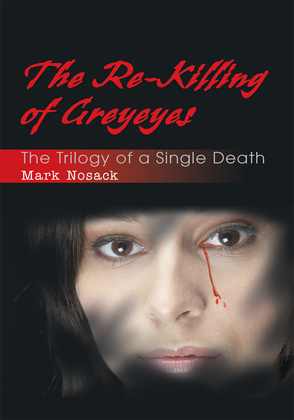 "I never once thought that this would pan out. Hellstrom had lied about virtually everything we had talked about. I never believed that he would give me the name of the person that he confessed this murder to. Little did I know, there were still some surprises in front of me "

On the same night that author Mark Nosack graduated from the Utah Police Officers Academy in 1979, Marilyn Greyeyes left a party and disappeared. Just days later, two little girls discovered her nude and horribly mutilated body on a barren hilltop. The murder investigation went on for months but was finally closed due to lack of evidence.

In 1984, young detective Mark Nosack picks up the cold case and starts a new investigation. Among the evidence, he discovers a small piece of metal that the original investigators couldn't identify. Nosack realizes the item is a gun's trigger guard, and he begins searching for the matching gun.

In a bizarre twist of events, Detective Nosack finds the gun, and it eventually leads to Marilyn Greyeyes's murderer. But Nosack soon discovers that it takes more than a murder weapon to put a killer behind bars.