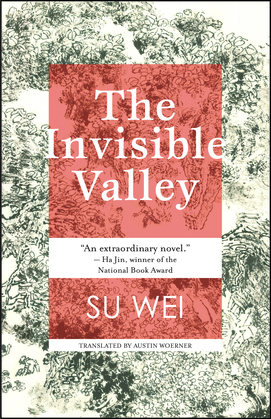 Lu Beiping is one of 20 million young adults the Chinese government uproots and sends far from their homes for agricultural re-education. And Lu is bored and exhausted. While he pines for romance, instead he’s caught up in a forbidden religious tradition and married off to the foreman’s long-dead daughter so that her soul may rest. The foreman then sends him off to cattle duty up on Mudkettle Mountain, far away from everyone else.
On the mountain, Lu meets an outcast polyamorous family led by a matriarch, Jade, and one of her lovers, Kingfisher. They are woodcutters and practice their own idiosyncratic faith by which they claim to placate the serpent-demon sleeping in the belly of the mountains. Just as the village authorities get wind of Lu’s dalliances with the woodcutters, a typhoon rips through the valley. And deep in the jungle, a giant serpent may be stirring.
The Invisible Valley is a lyrical fable about the shapes into which human affection can be pressed in extreme circumstances; about what is natural and what is truly deviant; about the relationships between the human and the natural, the human and the divine, the self and the other.