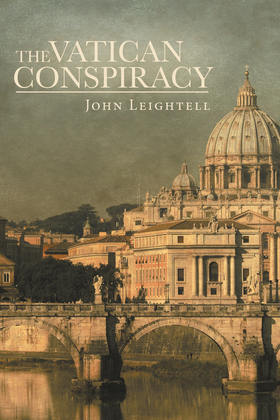 by John Leightell (Author)
Buy for $3.99 Excerpt
Fiction Historical Mystery & detective Suspense Espionage
warning_amber
One or more licenses for this book have been acquired by your organisation details

Why are so many scientists disappearing? And why is their research considered dangerous?

The answer is hidden behind the walls of the Vatican where a power struggle is underway. Conservative Cardinals, who want to preserve the faith exactly as it is, are opposed by their liberal counterparts who want to modernize it to reflect current understanding.

The liberals have secretly funded the scientists to prepare a report with their recommendations. The Pope, a conservative hardliner, appoints an authoritarian Ukrainian Cardinal, to make the problem go away. Together with a Soviet diplomat, a Russian interrogator and the Archdeacon of a fanatical religious sect, they devise a plan that will destroy the scientists as well as their reports. One by one they begin to disappear.

The disappearances do not go unnoticed and are brought to the attention of Interpol. They assign an agent who follows the Archdeacon to a walled Castillo in Spain, where the researchers are being interrogated and tortured. From there the trail leads him to London, Toronto, Moscow and back to Rome. What he discovers culminates in a crisis that threatens not only the Papacy but the very existence of the Church itself.

You remind me of the style of Ken Follett. I love the way you have been able to include the cultural trends in the various locations, and the theological issues that drive scholars to drink. Overall I would say that it is a great effort for a first novel. I hope there will more of the same to come.
Rev. Charles F. Boyd, Pickering College, Newmarket