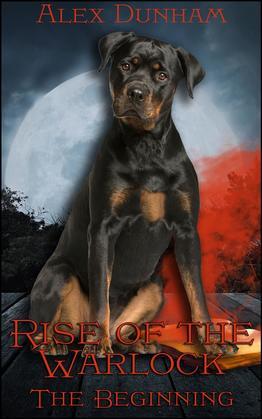 Rise of the Warlock: The Beginning

by Alex Dunham (Author)
Buy for €2.49
Fiction Action & adventure Science fiction Adventure
warning_amber
One or more licenses for this book have been acquired by your organisation details

Bartholomew Schultz is content to remain in his country home learning magic and keeping to himself, but when his family is used to blackmail him into attacking a gang working to control the streets of Grand Rapids, he must find a way to achieve his goals while keeping his family safe...and himself from being further drawn into the dark world of magic and intrigue.

Derek palmed his thirty-eight as he watched Schultz walk to his truck. He set his jaw and gathered his resolve. He went to make his move but had to stop as a wave of vertigo passed over him. Eying Schultz though, he continued on.

He strode with purpose towards Schultz, and with murder in his voice screamed, "Die mother-xxx!" with all the hate he could muster as he pulled the trigger again and again.

However, each time the hammer fell on his double-action revolver all that followed was a dull click'.

His eyes widened, as with that same little smirk plastered on his face, Schultz calmly walked toward him. Fear twisted up inside Derek's guts as he got closer and closer. Then Schultz grabbed his face with his right hand and shoved him back until he hit the wall.

Without saying a word Schultz grabbed Derek's gun in his left hand. Schultz then calmly stuck his hand in Derek's left pocket, the same pocket he kept his extra rounds in. He proceeded to replace the spent rounds, and then placed the gun against his own head and pulled the trigger five times. And five times the gun went click.

Then Schultz gave the gun back to Derek and stepped back. Derek fought as hard as he could, but within moments he felt the cold steel of the gun barrel against his own temple. He squeezed the trigger. BANG!

Derek collapsed where he had been standing in the shadows of the alleyway, his ass hitting the cold cement hard. Schultz was long gone. Derek was sweating profusely, fear still clenching in his belly like an icy, steel fist.

His mind reeled, trying to reconcile what he'd just experiencedor thought he hadwith the fact that he was still breathing. With a sudden sickening gurgle, he twisted onto his hands and knees and puked on the wall, while feeling a wet warmth spread from his groin as his bladder let go.

Derek wiped his mouth as he stood and staggered off, leaving his gun on the ground. He couldn't look at it, much less touch it, without that sick feeling returning.