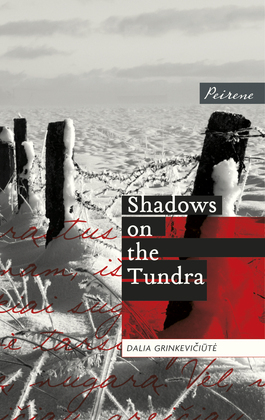 Shadows on the Tundra

by Dalia Grinkevičiūtė (Author), Delija Valiukenas (Translator)
Buy for $9.53 Excerpt
Nonfiction Biography & autobiography Personal memoirs
warning_amber
One or more licenses for this book have been acquired by your organisation details

An extraordinary piece of international survival literature, joining the likes of Primo Levi and Anne Frank.

In 1941, 14-year-old Dalia and her family are deported from their native Lithuania to a labour camp in Siberia. As the strongest member of her family she submits to twelve hours a day of manual labour. At the age of 21, she escapes the gulag and returns to Lithuania. She writes her memories on scraps of paper and buries them in the garden, fearing they might be discovered by the KGB. They are not found until 1991, four years after her death. This is the story Dalia buried. The immediacy of her writing bears witness not only to the suffering she endured but also the hope that sustained her. It is a Lithuanian tale that, like its author, beats the odds to survive.

There is only one word to describe this book, extraordinary. It blew me away when I first read it in German translation. Dalia’s account goes far beyond a memoir. This is an outstanding piece of literature which should be read by anyone who wishes to understand the Soviet repression.

'An incredible force of language … the story of constant indignation.’JFrankfurter Allgemeine Zeitung