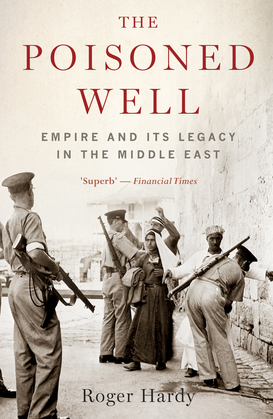 Almost fifty years after Britain and France left the Middle East, the toxic legacies of their rule continue to fester. To make sense of today’s conflicts and crises, we need to grasp how Western imperialism shaped the region and its destiny in the half-century between 1917 and 1967.Roger Hardy unearths an imperial history stretching from North Africa to southern Arabia that sowed the seeds of future conflict and poisoned relations between the Middle East and the West. Drawing on a rich cast of eye-witnesses — ranging from nationalists and colonial administrators to soldiers, spies, and courtesans — The Poisoned Well brings to life the making of the modern Middle East, highlighting the great dramas of decolonisation such as the end of the Palestine mandate, the Suez crisis, the Algerian war of independence, and the retreat from Aden.Concise and beautifully written, The Poisoned Well offers a thought-provoking and insightful story of the colonial legacy in the Middle East.