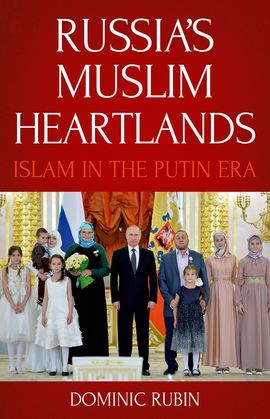 Moscow has the largest Muslim population of any city in Europe. In 2015, some 2 million Muslim Muscovites celebrated the opening of the continent's biggest mosque. One quarter of the Soviet population was ethnically Muslim, and today their grandchildren, living in the lands between Bukhara, Kazan and the Caucasus, once again have access to their historical traditions. But they also suffer the effects of civil war, mass migration and political instability. At the highest levels, Islam has been swept up into Russia's broader search for identity, as the old question of eastern versus western takes on new force.Dominic Rubin has spent the last three years interviewing Muslims across Russia, from Sufi shaykhs in Dagestan, new Muslim artists on the Volga and professionals in Kyrgyzstan to guest-workers commuting between Russia and Uzbekistan and Kremlin-sponsored muftis hammering out a new Russian Muslim ideology in Moscow. He discovers their family histories, their faith journeys and their hopes and fears, caught between roles as traditionalist allies in the new Eurasian Russia and as potential traitors in Moscow's war on terror. This story of Islam adapting in a paradoxical landscape, against all odds, brings alive the human reality behind the headlines.