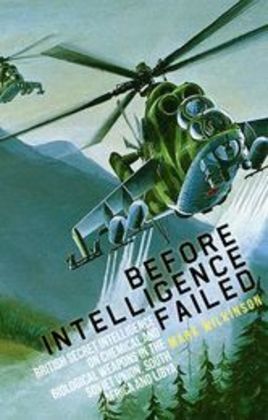 In the wake of the 2003 Iraq War, the term 'intelligence failure' became synonymous with the Blair Government and how it had used intelligence to construct a case for war. This book examines British secret intelligence over the thirty years preceding its very public failings. From the Soviet Union to South Africa and Libya, Mark Wilkinson provides a detailed analysis and vivid account of the development and functioning of Britain's intelligence agencies in the struggle against the proliferation of chemical and biological weapons. Based on archival research and interviews with key players in the intelligence establishment, he shows how a handful of chemical and biological weapons experts battled to make their voices heard. They had evidence that illegal weapons development was taking place but were continually rebuffed by adversaries in Whitehall. Fascinating, surprising and sometimes shocking, Before Intelligence Failed is a compelling account of what was known about chemical and biological weapons proliferation before the Iraq War.