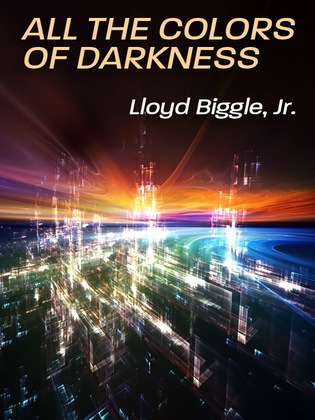 All the Colors of Darkness

by Lloyd Biggle Jr. (Author)
Buy for $3.99 Excerpt
Fiction Science fiction English literature American and Canadian literature
warning_amber
One or more licenses for this book have been acquired by your organisation details

When the Universal Transmitting Company finally perfected a matter transmitter capable of sending a person instantly from terminals scattered throughout the United States to any major city in foreign countries, it seemed like man's ultimate conquest of time. Opening day in New York City was a tremendous success, with throngs of travelers crowding into the terminal. But on the second day of operations, two women failed to arrive at their destinations and could not be traced. The UTC called in private detective Jan Darzek. What Darzek discovers sends him on a trail of extraterrestrial adventure and gripping suspense...on which hinges the fate of all mankind!