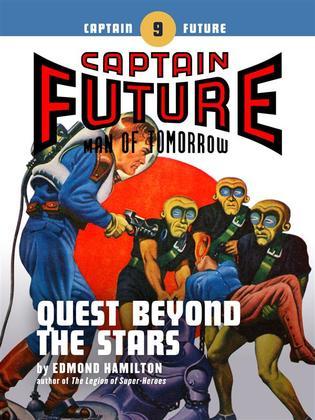 Captain Future #9: Quest Beyond the Stars

Ride With Curt Newton, the world’s greatest space-farer, and the Futuremen as they leave the known star trails to penetrate the source of cosmic rays, the very core of the universe!