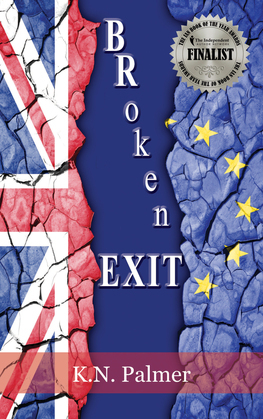 by K.N. Palmer (Author)
Buy for $5.44 Read sample online Download sample
Fiction Thrillers Political
warning_amber
One or more licenses for this book have been acquired by your organisation details

In 2023, after Britain has exited the EU, immigration is still above target and the NHS buckles under the enormous demands.

A new political party surged to power, vowing to tackle these issues. The new prime minister, attending the UK City of Culture in Nottingham, is targeted by terrorists. Barnaby Aitken is on the run, rescued by an estranged father, out with his son. Hunted across Nottingham, Lee Bevan has to ensure their survival, whilst the security services try to uncover those behind this appalling attack.

An explosive and enthralling ride through political divides and the desire to stay alive.