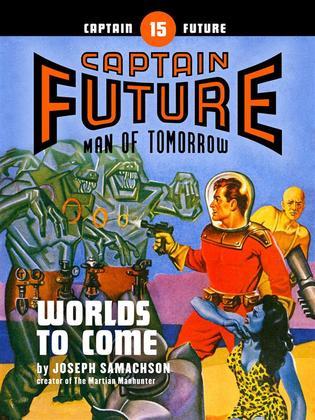 by Joseph Samachson (Author)
Buy for €1.99
Fiction Science fiction Adventure Space opera and planet opera Juvenile & young adult Science fiction
warning_amber
One or more licenses for this book have been acquired by your organisation details

Captain Future and his valiant aides speed to the rescue of the Sagittarian system—ready to lock in mortal combat with deadly enemies from another dimension!