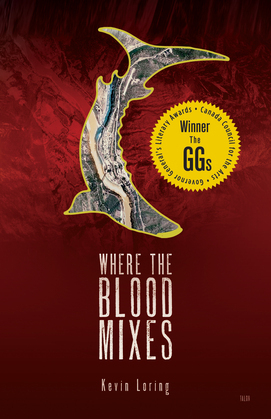 Where the Blood Mixes

by Kevin Loring (Author)
Buy for $16.99 Excerpt
Fiction Drama Nonfiction Arts Performing arts Theater Health & fitness Daily living Family relationships Abuse History History by country United States Historical period Native American
warning_amber
One or more licenses for this book have been acquired by your organisation details
Where the Blood Mixes is meant to expose the shadows below the surface of the author’s First Nations heritage, and to celebrate its survivors. Though torn down years ago, the memories of their Residential School still live deep inside the hearts of those who spent their childhoods there. For some, like Floyd, the legacy of that trauma has been passed down through families for generations. But what is the greater story, what lies untold beneath Floyd’s alcoholism, under the pain and isolation of the play’s main character?

Loring’s title was inspired by the mistranslation of the N’lakap’mux (Thompson) place name Kumsheen. For years, it was believed to mean “the place where the rivers meet”—the confluence of the muddy Fraser and the brilliant blue Thompson Rivers. A more accurate translation is: “the place inside the heart where the blood mixes.” But Kumsheen also refers to a story: Coyote was disemboweled there, along a great cliff in an epic battle with a giant shape-shifting being that could transform the world with its powers—to this day his intestines can still be seen strewn along the granite walls. In his rage the transformer tore Coyote apart and scattered his body across the nation, his heart landing in the place where the rivers meet.

Floyd is a man who has lost everyone he holds most dear. Now after more than two decades, his daughter Christine returns home to confront her father. Set during the salmon run, Where the Blood Mixes takes us to the bottom of the river, to the heart of a People.