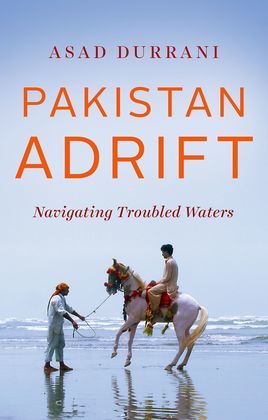 Asad Durrani served as a three star general in the Pakistan army, and later headed the Inter-Services Intelligence agency from 1990 to 1992. His time in service encompassed the Soviet Union's withdrawal from Afghanistan and dissolution; shifting regional and international alliances, particularly with the US; and contending with India's economic recovery. On the home front, Pakistan passed through a transition from military rule to a democratic order.As an intelligence chief General Durrani dealt with many critical issues at home and abroad. Here he reflects on his time in office--refined by distance and by diplomatic stints in Germany and Saudi Arabia, his assessment of the challenges faced by Pakistan in the last decades is both novel and informed. Though critical of the country's civil and military leadership-- also conceding some of his own flaws--he argues that the real causes of Pakistan's travails differ from what international observers have come to believe.This insightful book concludes by offering new perspectives on Saudi involvement in and reaction to 9/11 and on the Kingdom's shifting foreign policy goals following the 2003 invasion of Iraq.