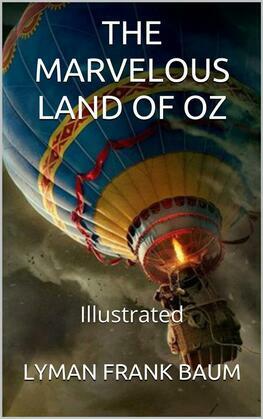 The Marvelous Land of Oz - Illustrated

This edition is accompanied by 103 unpublished illustrations.

The Marvellous Land of Oz by L. Frank Baum Set shortly after the events in the first book, The story follows Tip, who for as long as he can remember has been under the guardianship of a witch named Mombi in Gillikin Country. As Mombi is returning home, Tip plans to frighten her with a scarecrow he has made named Jack Pumpkinhead. Mombi is not fooled, and she sprinkles the Powder of Life that she bought from another sorcerer on Jack, bringing him to life and startling Tip, whom Mombi catches and threatens to turn into a marble statue. This is a classic and part of the Oz series.