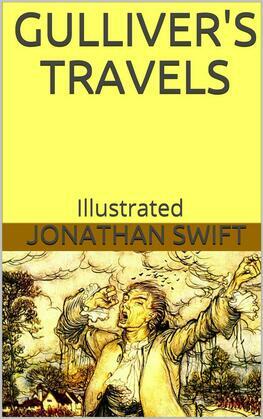 by Jonathan Swift (Author)
Buy for €0.99 Excerpt
Nonfiction Literary collections
warning_amber
One or more licenses for this book have been acquired by your organisation details

This edition is accompanied by 12 unpublished illustrations.

Gulliver's Travels, or Travels into Several Remote Nations of the World. In Four Parts. By Lemuel Gulliver, First a Surgeon, and then a Captain of Several Ships (which is the full title), is a prose satire by Irish writer and clergyman Jonathan Swift, that is both a satire on human nature and the "travellers' tales" literary subgenre. It is Swift's best known full-length work, and a classic of English literature. He himself claimed that he wrote Gulliver's Travels "to vex the world rather than divert it".

The book became popular as soon as it was published. Alexander Pope remarked "It is universally read, from the cabinet council to the nursery."

In 2015, Robert McCrum released his selection list of 100 best novels of all time where Gulliver’s Travels, a satirical masterpiece, is listed.