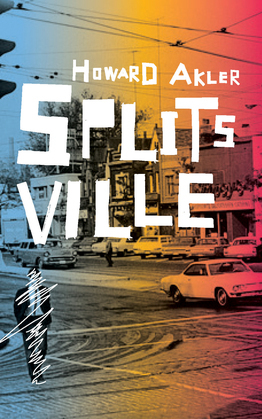 by Akler Howard (Author)
Buy for $14.95 Excerpt
Fiction Literary English literature American and Canadian literature
warning_amber
One or more licenses for this book have been acquired by your organisation details

It's 1971. Hal Sachs runs a used bookstore. Business isn't so great, and the store is in a part of Toronto that's about to be paved over with a behemoth expressway. And then Hal meets Lily Klein, an activist schoolteacher who'll do just about anything to stop the highway. It's love at first sight. Until it isn't. And then Hal vanishes.

A half-century later, Hal's nephew, Aitch, waits for his baby to be born as he tries to piece together facts and fictions about Hal's disappearance.

Splitsville is a diamond-cut love letter to a city whose defining moment was to say 'no way' to a highway, and a look at the obsessions that carry down through a family.