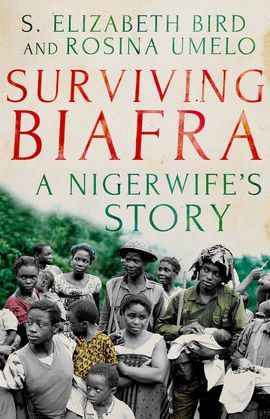 In 1961, Rosina 'Rose' Martin married John Umelo, a young Nigerian she met on a London Tube station platform, eventually moving to Nigeria with him and their children. As Rose taught Classics in Enugu, they found themselves caught up in Nigeria's Civil War, which followed the 1967 secession of Eastern Nigeria--now named Biafra. The family fled to John's ancestral village, then moved from place to place as the war closed in. When it ended in 1970, up to 2 million had died, most from starvation. Rose ('worse off than some, better off than many') had kept notes, capturing the reality of living in Biafra--from excitement in the beginning to despair towards the end.Immediately after the war, Rose turned her notes into a narrative that described the ingenious ways Biafrans made do, still hoping for victory while their territory shrank and children starved by the thousand. Now anthropologist S. Elizabeth Bird contextualizes Rose's story, providing background on the progress of the war and international reaction to it. Edited and annotated, Rose's vivid account of life as a Biafran 'Nigerwife' offers a fresh, new look at hope and survival through a brutal war.