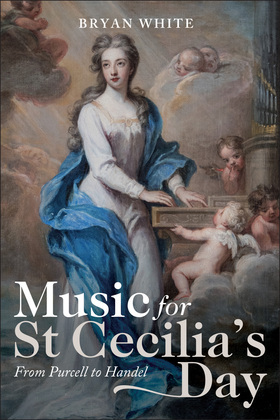 Music for St Cecilia's Day: From Purcell to Handel

In 1683 English court musicians and the Musical Society of London joined forces to initiate annual observations of St Cecilia's Day (22 November), celebrating the occasion with a feast and the performance of specially composed musical odes. The most prominent composers and poets of the age wrote for these occasions, including Henry Purcell, John Blow, John Dryden and William Congreve, and the best musicians of the city, primarily drawn from the court music, undertook the performances. After a decade of celebrations, a church service was added before the feast, and elaborate vocal and instrumental music was performed. At the same time, celebrations of St Cecilia's Day began to spread widely throughout the British Isles, where they were held by local music clubs, often with the support of cathedral musicians. Though the annual London celebrations came to an end after 1700 in the face of increasing competitionfrom the city's busy musical and theatrical offerings, Cecilian poetry continued to inspire new musical settings in the eighteenth century, including works by Pepusch, Greene, Boyce and, most notably, Handel.
This book examines the social, cultural and religious significance of celebrations of St Cecilia's Day in the British Isles and explores the music and poetry that originated from them. The annual feasts of the Musical Society are analysed in detail, as is the role they played in the development of the ode. The book also considers how advances in musical culture in London were imitated in the provinces and provides a detailed discussion of the variety of Cecilian celebrations held at provincial centres throughout the British Isles.
BRYAN WHITE is Senior Lecturer in Music at the University of Leeds.