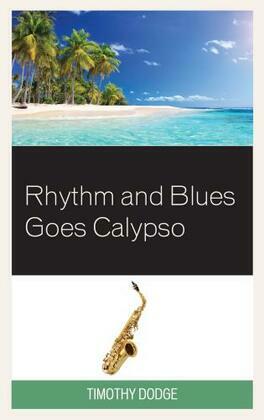 Starting in 1945 and continuing for the next twenty years, dozens of African American rhythm and blues artists made records that incorporated West Indian calypso. Some of these recordings were remakes or adaptations of existing calypsos, but many were original compositions. Several, such as “Stone Cold Dead in de Market” by Ella Fitzgerald and Louis Jordan or “If You Wanna Be Happy” by Jimmy Soul, became major hits in both the rhythm and blues and pop music charts. While most remained obscurities, the fact that over 170 such recordings were made during this time period suggests that there was sustained interest in calypso among rhythm and blues artists and record companies during this era.

Rhythm and Blues Goes Calypso explores this phenomenon starting with a brief history of calypso music as it developed in its land of origin, Trinidad and Tobago, the music’s arrival in the United States, a brief history of the development of rhythm and blues, and a detailed description and analysis of the adaptation of calypso by African American R&B artists between 1945 and 1965.

This book also makes musical and cultural connections between the West Indian immigrant community and the broader African American community that produced this musical hybrid. While the number of such recordings was small compared to the total number of rhythm and blues recordings, calypso was a persistent and sometimes major component of early rhythm and blues for at least two decades and deserves recognition as part of the history of African American popular music.