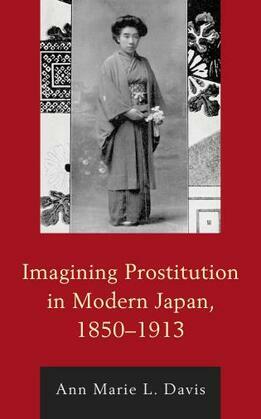 In the winter of 1913, a small crowd gathered on the streets of a famous red-light district on the outskirts of Tokyo. Curious patrons, journalists, and onlookers formed a steady procession to see the prostitute, Wada Yoshiko, and celebrate the release of her new book. A Prostitute’s Tale divulged inner secrets about her co-workers, patrons, and difficult confinement in a government-run syphilis hospital. According to the press, the author was a literary prostitute, a new expert, and a compelling version of Japan’s new woman. Soon widely acclaimed, her literary work heralded a growing public desire for inside knowledge about the lived experiences of pleasure workers.


Wada’s success was the product of more than half-a-century of high-stakes conversations about the future of Japan. Her fame as an author simultaneously challenged and complemented previous discussions about the role of the female prostitute in the modern nation-state. However, while her perspective was new, the information she shared invoked key themes that had proliferated about her in prior decades. Since the 1850s, when Japan was forced to sign the “unequal” commercial treaties with the Western imperial powers, wide-ranging debates had taken place that linked the prostitute to national security and international prestige in imperative new ways.


Imagining Prostitution in Modern Japan traces the symbol of the prostitute as a project of nation- and empire-building from the 1850s to 1913, ending one year after the death of the Meiji emperor, and coincidentally, the year of Wada’s publication. It untangles how ideas about pleasure work intersected with Japan’s transformation into a modern nation according to Western models. It asserts that the figure of the prostitute was a powerful symbolic resource that wide-ranging interest groups deployed, variously, to negotiate and define shifting distinctions of status, identity, and power. Each of the debates about the prostitute was in turn central to and mutually constitutive of the emergent social order in Meiji Japan.