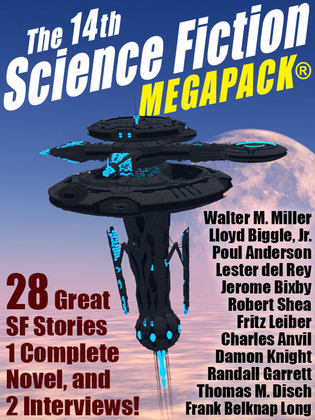 A NOTE FROM THE PUBLISHER

INNOCENT AT LARGE, by Poul and Karen Anderson

A COLD NIGHT FOR CRYING, by Milton Lesser

JUNGLE IN THE SKY, by Milton Lesser

NO GREAT MAGIC, by Fritz Leiber

IT TAKES A THIEF, by Walter Miller, Jr.

THE CREATURE INSIDE, by Jack Sharkey

THE DEMI-URGE, by Thomas M. Disch

THE HERMIT OF MARS, by Stephen Bartholomew

THE LONELY, by Judith Merril

THE PLANET WITH NO NIGHTMARE, by Jim Harmon

THE EARTH QUARTER, by Damon Knight

OUR TOWN, by Jerome Bixby