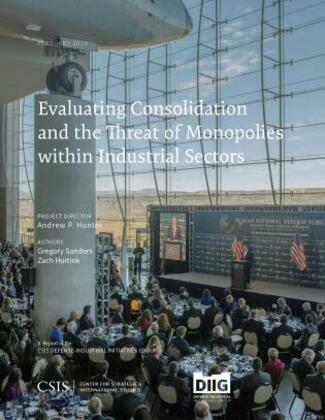 Evaluating Consolidation and the Threat of Monopolies within Industrial Sectors

Economics scholars and policymakers have rung alarm bells about the increasing threat of consolidation within industrial sectors. This paper examines the importance of industrial concentration in U.S. defense acquisition in two ways: first, a direct relationship between concentration and performance outcomes; and second, a mediating relationship, where concentration influences performance through reduced competition for defense acquisition. The study created a large contract dataset incorporating economic statistics on industrial sectors and analyzed it using multilevel logit models. The study finds that subsector concentration correlates with greater rates of termination. Contrary to the hypothesis, competition is associated with higher rates of termination, and only single-offer competition is significantly associated with lower rates of cost ceiling breaches. Taken together, the results are consistent with the literature on the risk of concentration’s connection with market power but also suggest that the mechanisms of competition are worthy of future study.