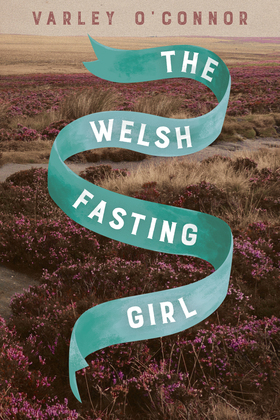 by Varley O'Connor (Author)
Buy for $16.99 Excerpt
Fiction Historical Biographical Literary Contemporary women
warning_amber
One or more licenses for this book have been acquired by your organisation details

Praise for the Previous Novels of Varley O’Connor

“Honesty and compassion inform every page, and there are passages so musical and full of grace they read like hymns. Reading groups should rejoice.” —Sigrid Nunez

“[O’Connor] captures the dangerous intersection between private life and the forces of history . . . and gives the reader that rare pleasure of inhabiting another family life that feels at once entirely familiar and new.” —Susan Richards Shreve

Twelve-year-old Sarah Jacob was the most famous of the Victorian fasting girls, who claimed to miraculously survive without food, serving as flashpoints between struggling religious, scientific, and political factions. In this novel based on Sarah’s life and premature death from what may be the first documented case of anorexia, an American journalist, recovering from her husband’s death in the Civil War, leaves her home and children behind to travel to Wales, where she investigates Sarah’s bizarre case by becoming the young girl’s friend and confidante. Unable to prevent the girl’s tragic decline while doctors, nurses, and a local priest keep watch, she documents the curious family dynamic, the trial that convicted Sarah’s parents, and an era’s hysterical need to both believe and destroy Sarah’s seemingly miraculous power.

Intense, dark, and utterly compelling, The Welsh Fasting Girl delves into the complexities of a true story to understand how a culture’s anxieties led to the murder of a child.

Varley O’Connor is the author of five novels, including The Welsh Fasting Girl, The Master’s Muse, and The Cure. She lives in Cleveland Heights, Ohio.