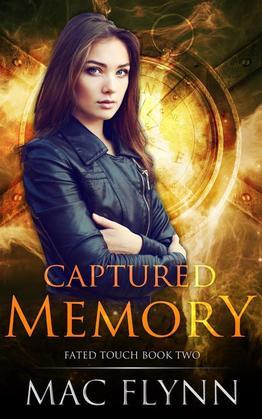 by Flynn (Author)
Buy for €2.99 Excerpt
Fiction Romance Fantasy Fantasy Epic Contemporary Paranormal
warning_amber
One or more licenses for this book have been acquired by your organisation details

The Shifting World holds many wondrous mysteries and magics, but Jane finds herself unique among them in her power to touch an object and have visions. That unique ability intrigues her grandfather enough to lead them to the city of Rubris, a metropolis buried underneath an unhealthy fascination for junk.

They search for an item that will activate her ability and find one in the most unlikely object, an old compass. The compass points in an unknown direction, but they quickly learn that it leads to trouble. A mysterious guild wants the compass and will do anything to have it, including killing them.

In the middle of all this trouble is Jane’s growing feelings for the dragon shifter, Caius.  She can’t ignore the intense looks of lustful longing he gives her nor the way his handsome features make her blush.  There’s no way she could have fallen so quickly for the sly dragon.  Could she?