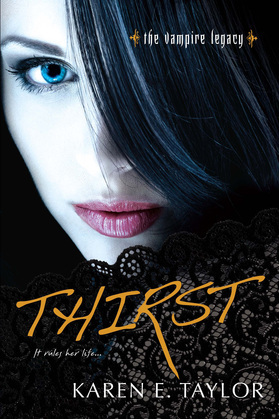 The Vampire Legacy Series #3
by Karen E. Taylor (Author)
Buy for $1.99 Excerpt
Fiction Horror Occult & supernatural Supernatural creatures Vampires English literature American and Canadian literature
warning_amber
One or more licenses for this book have been acquired by your organisation details

Surrender to the seductive world of Karen E. Taylor's Vampire Legacy series with these novels of two vampires who share blood in more ways than one. . .

Vivienne Courbet may have lost her innocence over three centuries ago, yet in the eyes of those who sustain her with their delicious blood, she is a young, desirable beauty. But the eternal life Viv has reveled in is now facing a dire threat, one that has separated her from her blood sister, Deirdre, and may mean the end of their kind. For a dangerous cross-breed known as the Others has declared war on the vampire fellowship--and the fatalities have begun. . .

Having fled to a small New England town, Deirdre Griffin and her lover, Mitch, have found a temporary respite in a place flowing with tourist dollars--and tourist blood. But when the Others inevitably close in, they won't go down without a fight--the bloodier the better. And when the battle calls for Viv and Deirdre to join forces, they will have to summon every morsel of hot, hungry, deadly thirst to live another lifetime. . .