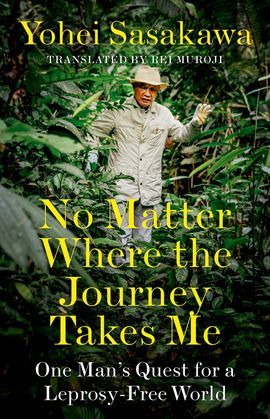 No Matter Where the Journey Takes Me

Leprosy has tormented mankind since records began. For much of its long history it was without cure--a disfiguring disease that stigmatized those it affected, isolating them from society. Today there is an effective treatment, but the last mile to achieve a leprosy-free world is the hardest.Now approaching eighty years old, one Japanese philanthropic activist has played a key role in global efforts against leprosy, both as head of a private foundation and as the World Health Organization's 'Goodwill Ambassador for Leprosy Elimination'. In this book, he lays out his personal mission and philosophy, and explains how his father, the politician and philanthropist Ryoichi Sasakawa, influenced his decision to make leprosy elimination his life's work.Yohei Sasakawa has visited more than 100 countries, motivating political leaders, raising awareness via the media, encouraging frontline health workers, and helping to empower persons affected by leprosy and their families to speak out for their rights. His book is a validation of the path taken by a father and son to change the course of leprosy history, and to transform the circumstances of those affected by the disease for the better.