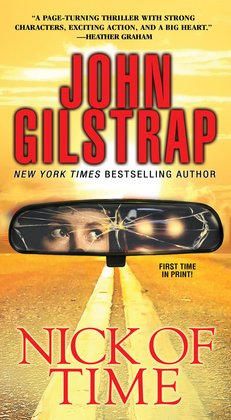 by John Gilstrap (Author)
Buy for $9.49 Excerpt
Fiction Mystery & detective Suspense Action & adventure
warning_amber
One or more licenses for this book have been acquired by your organisation details
The New York Times bestselling author’s pulse-pounding series of two young lovers racing against the clock and against the law—now in one volume.

Nicki Janssen’s days are numbered, but she refuses to accept her fate lying down. Defying her father and her doctors, she hits the road with a pocketful of cash, a bus ticket—and a romantic fantasy of riding off with her childhood crush . . .

Handsome, dangerous Brad Ward is facing a different kind of sentence. Sent to prison for felony murder, he has escaped and rekindled his relationship with Nicki. But when Nicki’s father joins forces with a deputy sheriff, the search for the runaways ignites a manhunt—a blistering chase that accelerates with every stolen car, every act of violence . . .
Format
EPUB
Protection
Watermark
Publication date
September 27, 2016
Publisher
Pinnacle Books
Collection
Nick of Time
Page count
592
ISBN
9780786040865
Paper ISBN
9780786032952
File size
2 MB
The publisher has not provided information about accessibility.
3149197
item