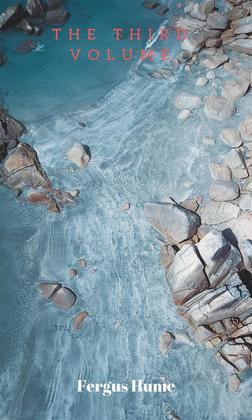 The exterior of The Athenian Club, Pall Mall, represents an ordinary twentieth century mansion, which it is; but within, the name is justified by a Græco-Roman architecture of vast spaces, marble floors, painted ceilings, and pillared walls, adapted, more or less successfully, to the chilly British climate. The various rooms are called by Latin names, and the use of these is rigidly enforced. Standing outside the mansion, you know that you are in London; enter, and you behold Athens—say, the abode of Alcibiades; listen, and scraps of speech suggest Imperial Rome. Thus, the tastes of all the members, whether old and pedantic, or young and frivolous, are consulted and gratified. Modern slang, as well as the stately tongue of Virgil, is heard in The Athenian, for the club, like St. Paul, is all things to all men. For that reason it is a commercial success. Strangers—they come eagerly with members to behold rumoured glories—enter the club-house, through imitation bronze gates, into the vestibulum, and pass through an inner door into the atrium. This means that they leave the entrance room for the general conversation apartment. To the right of this, looking from the doorway, is the tablinum, which answers—perhaps not very correctly as regards the name—the purposes of a library; to the left a lordly portal gives admittance into the triclinium, that is, to the dining-room. At the end of the atrium, which is the neutral ground of the club, where members and strangers meet, swing-doors shut in the pinacotheca. Properly this should be a picture-gallery, but, in deference to modern requirements, it is used as a smoking-room. These three rooms, spacious, ornate, and lofty, open under a colonnade, or peristyle, on to a glass-roofed winter garden, which runs like a narrow passage round the three sides of the building. The viridarium, as the members call this cultivated strip of land, extends only twenty feet from the marble pavement of the peristyle, and is bounded by the side-walls and rear-walls of adjacent houses. It is filled with palms and tropical plants, with foreign and native flowers, and, owing to a skilful concealment of its limitations by the use of enormous mirrors, festooned with creepers and ivy, it really resembles vast pleasure-gardens extending to great distances. The outlook from tablinum, pinacotheca, and triclinium is a triumph of perspective. Below the state apartments on the ground floor are the kitchens, the domestic offices, and the servants' rooms; above them, the cubicles are to be found, where members, both resident or non-resident, sleep when disposed on beds more comfortable than classical. Finally, on the top floor, and reached by a lift, are billiard-rooms, card-rooms, and a small gymnasium for those who require exercise. The whole scheme is modelled on a larger scale from the House of Glaucus, as described by Bulwer Lytton in "The Last Days of Pompeii." A perusal of this famous story suggested the novelty to an enterprising builder, and the Athenian Club is the successful result. The members of such a club should have been classical scholars, but these were in the minority. The greater portion of those who patronised this latest London freak were extremely up-to-date, and defended their insistent modernity amidst ancient artificial environment by Acts xvii. 21: "