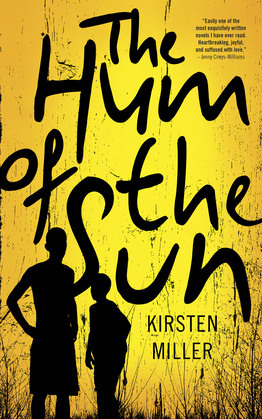 The Hum of the Sun

by Kirsten Miller (Author)
Buy for $12.00 Excerpt
Fiction
warning_amber
One or more licenses for this book have been acquired by your organisation details

After burying their sister and mother, two brothers embark on a journey to the city in search of their only remaining family. On the brink of manhood, Ash must protect eight-year-old Zuko, who does not speak, his words stuck somewhere between his thoughts and his mouth. But Zuko, enchanted by nature and the rhythms of walking, seems more interested in the patterns he sees in the clouds, the stones, and the arc of the light, than in when their journey will end. When Ash finally realises who he is – and who he is not – he must make his first authentic choice as an independent being. But can he offer his brother the same freedom, the same choices, in the face of those who have already mapped out Zuko’s future? Beautifully written, this is a poignant, big-hearted story that is sure to linger in the reader’s mind.