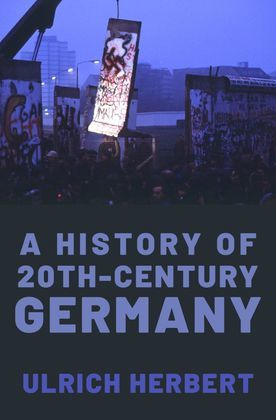 A History of Twentieth-Century Germany

Germany in the 20th century endured two world wars, a failed democracy, Hitler's dictatorship, the Holocaust, and a country divided for 40 years after World War II. But it has also boasted a strong welfare state, affluence, liberalization and globalization, a successful democracy, and the longest period of peace in European history.A History of Twentieth-Century Germany provides a survey of German history during a century of extremes. Ulrich Herbert sees German history in the 20th century as determined by two contradictory perspectives. On one hand, there are the world wars and great catastrophes that divide the country's history into two parts-before and after 1945. Germany is the birthplace of radical ideologies of the left and right and the only country in which each ideology became the foundation of government. This pattern left its stamp on both the first and second halves of the century. On the other hand, the rise of modern industrial society led to decades of conflict over the social and political order regardless of which political system was in force. Considering these contradictory developments, Herbert tackles the questions of both the collapse in the first half of the century and the development from a post-fascist, ruined society to one of the most stable liberal democracies in the world in the latter half.Herbert's analysis brings together wars and terror, utopia and politics, capitalism and the welfare state, socialism and liberal democratic society, gender and generations, culture and lifestyles, European integration and globalization. The resulting book sets a standard by which historians of the period will be measured in the future.