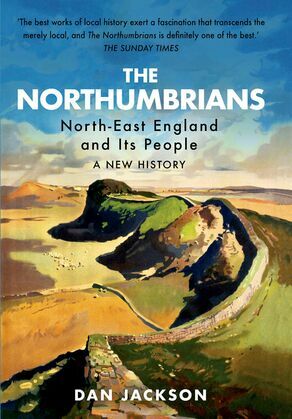 Why is the North East the most distinctive region of England? Where do the stereotypes about North Easterners come from, and why are they so often misunderstood? In this wideranging new history of the people of North East England, Dan Jackson explores the deep roots of Northumbrian culture--hard work and heavy drinking, sociability and sentimentality, militarism and masculinity--in centuries of border warfare and dangerous and demanding work in industry, at sea and underground. He explains how the landscape and architecture of the North East explains so much about the people who have lived there, and how a 'Northumbrian Enlightenment' emerged from this most literate part of England, leading to a catalogue of inventions that changed the world, from the locomotive to the lightbulb. Jackson's Northumbrian journey reaches right to the present day, as this remarkable region finds itself caught between an indifferent south and a newly assertive Scotland. Covering everything from the Venerable Bede and the prince-bishops of Durham to Viz and Geordie Shore, this vital new history makes sense of a part of England facing an uncertain future, but whose people remain as distinctive as ever.