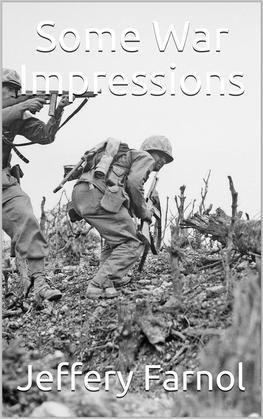 In publishing these collected articles in book form (the result of my visits to Flanders, the battlefields of France and divers of the great munition centres) some of which have already appeared in the press both in England and America, I do so with a certain amount of diffidence, because of their so many imperfections and of their inadequacy of expression. But what man, especially in these days, may hope to treat a theme so vast, a tragedy so awful, without a sure knowledge that all he can say must fall so infinitely far below the daily happenings which are, on the one hand, raising Humanity to a godlike altitude or depressing it lower than the brutes. But, because these articles are a simple record of what I have seen and what I have heard, they may perhaps be of use in bringing out of the shadow—that awful shadow of "usualness" into which they have fallen—many incidents that would, before the war, have roused the world to wonder, to pity and to infinite awe.

Since the greater number of these articles was written, America has thrown her might into the scale against merciless Barbarism and Autocracy; at her entry into the drama there was joy in English and French hearts, but, I venture to think, a much greater joy in the hearts of all true Americans. I happened to be in Paris on the memorable day America declared war, and I shall never forget the deep-souled enthusiasm of the many Americans it was my privilege to know there. America, the greatest democracy in the world, had at last taken her stand on the side of Freedom, Justice and Humanity.

These are tragic times, sorrowful times, yet great and noble times, for these are days of fiery ordeal whereby mean and petty things are forgotten and the dross of unworthy things burned away. To-day the two great Anglo-Saxon peoples stand united in a noble comradeship for the good of the world and for those generations that are yet to be, a comradeship which I, for one, do most sincerely hope and pray may develop into a veritable brotherhood. One in blood are we, in speech, and in ideals, and though sundered by generations of misunderstanding and false teaching, to-day we stand, brothers-in-arms, fronting the brute for the freedom of Humanity.