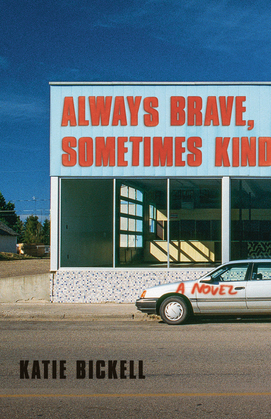 An exciting debut novel told in connected short stories that captures the diverse and complicated networks of people who stretch our communities?sometimes farther than we know.

Set in the cities, reserves, and rural reaches of Alberta, Katie Bickell?s debut novel is told in a series of stories that span the years from 1990 to 2016, through cycles of boom and bust in the oil fields, government budget cuts and workers rights policies, the rising opioid crisis, and the intersecting lives of people whose communities sometimes stretch farther than they know.

We meet a teenage runaway who goes into labour at the West Edmonton Mall, a doctor managing hospital overflow in a time of healthcare cutbacks, a broke dad making extra pay through a phone sex line, a young musician who dreams of fame beyond the reserve, and a dedicated hockey mom grappling with sense of self when she?s no longer needed?or welcome?at the rink.

Always Brave, Sometimes Kind captures a network of friends, caregivers, in-laws, and near misses, with each character?s life coming into greater focus as we learn more about the people around them. Tracing alliances and betrayals from different perspectives over decades, Bickell writes an ode to home and community that is both warm and gritty, well-defined and utterly complicated.