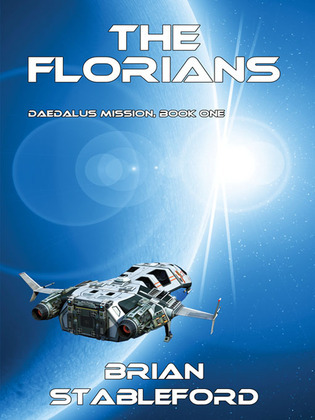 Daedalus Mission #1
by Brian Stableford (Author)
Buy for $2.99 Excerpt
Fiction Science fiction Adventure English literature British literature
warning_amber
One or more licenses for this book have been acquired by your organisation details

They call them the "rat-catchers." They're the crew of the spaceship Daedalus, which an economically destitute Earth has dispatched on a mission to re-establish contact with its far-flung, long-lost space colonies. Alex Alexander, ship's biologist, must help solve the mysteries of human and alien ecosystems that he encounters light-years from home. The planet Floria initially appears to be one of the few Earth colonies that's actually prospered since its initial settlement. But underneath the surface of the society, the "Planners" keep a strict, repressive rule over the Florians, while the police are apparently attempting to assert their own authority. But is either group actually what they seem? Daedalus Mission, Book One.