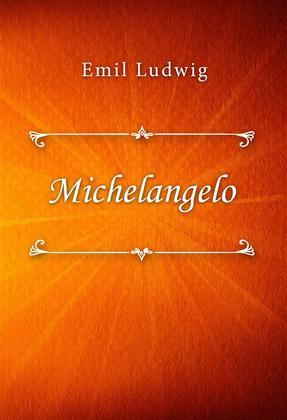 by Emil Ludwig (Author)
Buy for €0.99 Excerpt
Nonfiction Biography & autobiography Artists, architects, photographers
warning_amber
One or more licenses for this book have been acquired by your organisation details

“What possessed the thirteen-year old boy—what possessed Michelangelo—to declare that he wanted to be a painter? There he sat, a reticent lad, gazing with serious eyes at anything that happened to stand or lie before him, and scrawling an image of it—or what seemed to him such—on a sheet of superlative paper. Not the father only, but the brothers too scolded him, for this was a poor, inglorious calling, and he was so often cuffed and beaten by his parent that even in his old age he would still talk of it. There was no mother to protect him; men ruled the gloomy household. But as he seemed to be good for nothing else, the father was in the end obliged to yield and take him to Messer Ghirlandajo, who was painting the walls of Santa Maria Novella, surrounded by apprentices and colour-grinders. The contract was for three years; the distrustful man grumbled and handed over his money and his hopes of making something out of his son; for how could anyone suppose that he would ever do as well as his present teacher, or the great Donatello of old?”