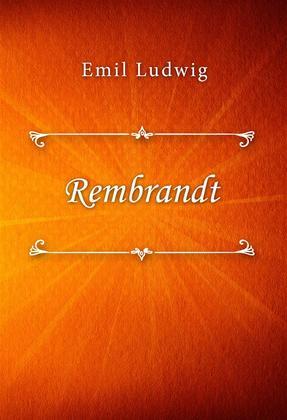 “She christened him Rembrandt; and as his father, in that desolating age of the world, had made a home for himself, they were now the founders of a little race, had taken the first step towards citizenship—and so this son could be given a real surname, and figure as Rembrandt Harmenzoon van Rijn.
When this boy in his turn grew up, and showed himself intelligent and willing to learn, the old people thought: ‘He shall be raised above our humble station; he shall go to the grammar-school, and perhaps become a doctor at our famous Academy here in his native town of Leyden, and be the star of the family.’ And so he did. While his brothers and sisters hammered and filed and sewed, this son for seven years went every morning to the grammar-school, learnt to read the classics, to deliver speeches, to write letters (and in a good hand); he even knew something about theology; and finally he passed his examination.
So it was probably the proudest day of the father’s life when he went to town with his fourteen-yeared son, into the lofty imposing edifice which was the University, and watched him write his name in unknown letters in the big book: ‘Rembrandtus Harmanni Leydensis, May 20, 1620. Student. Domiciled with his parents.’
But the student did not want to stay at the University. Was the spirit in those halls too puritanical, hostile to learning? In the library he was more attracted by the pictures than by the books; he would stand transfixed before the portraits, and was fond of going to the Guard-House to see others. At his rich comrades’ home he would pore over etchings and engravings; but best of all he loved to linger before the great Judgment of Lucas in the Guildhall. Rembrandt wanted to be a painter.”